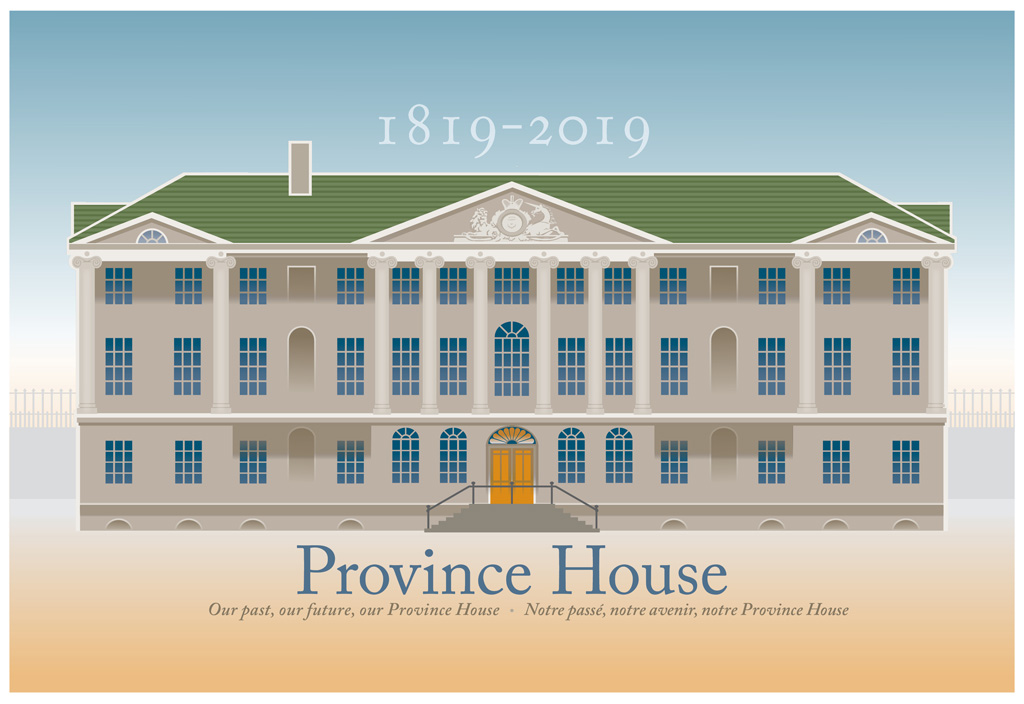 On Thursday, February 11, 1819, Lord Dalhousie officially opened Province House. It was the first time both houses of the Legislature – the House of Assembly and the Legislative Council – met in the new building.

Lord Dalhousie remarked on the importance of this historic event in his Speech from the Throne:

“The circumstance of meeting you for the first time in this place, leads me to congratulate you on now occupying this splendid Building – erected for the reception of the Legislature, the Courts of Justice, and all the Public Offices. It stands, and will stand, I hope, to the latest posterity, a proud record of the Public Spirit, at this period of our History: And as I do consider this magnificent work equally honorable and useful to the Province, I recommend it to your continued protection.”

In 2019, we celebrate the 200th anniversary of Province House, the oldest legislative building in Canada. To mark this significant anniversary, we have launched a series of public events and activities and resources.

We invite you to participate in the celebration and visit us at Province House!