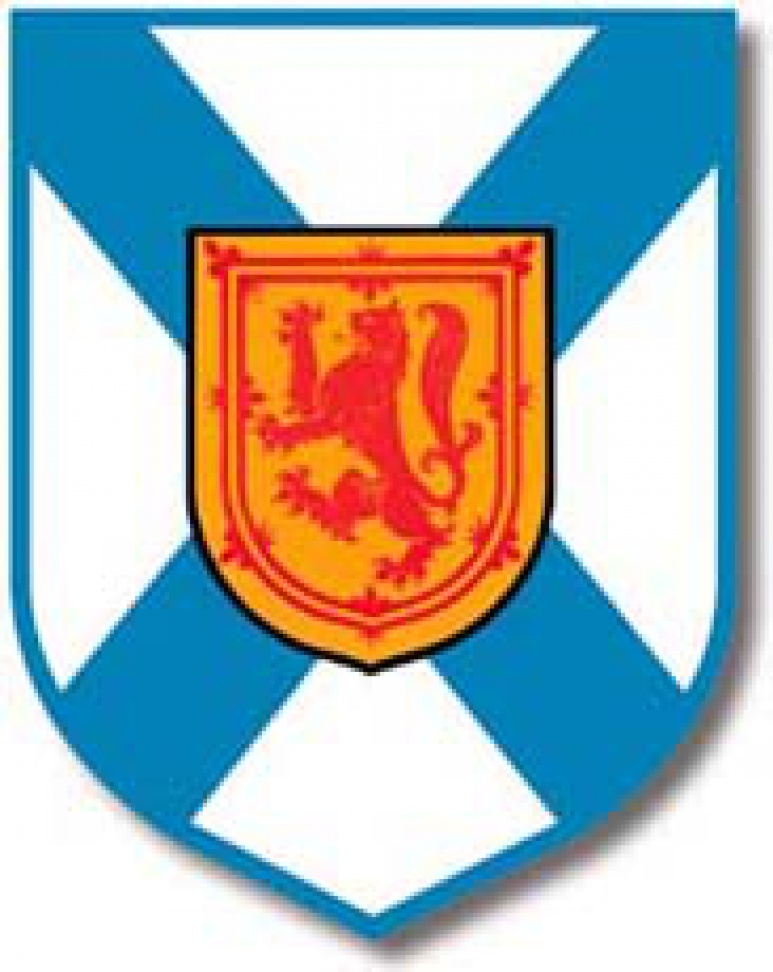 The Arms of Nova Scotia represent a unique union of the Royal and National Arms of Scotland. When King Charles I granted these Arms in 1625, it was considered a mark of royal favor. The blue cross on a field of white or silver is the cross of Saint Andrew from the National Arms, but with the colors reversed. The shield of the Royal Arms contains the royal lion within a double red border on a field of yellow or gold and is at the centre.

Records of the Ancient Arms of Nova Scotia disappeared with the loss of the early Lyon Register during the English Civil War. They were not re-entered by the Lyon Court until after 1805.

Nova Scotia's interest in the ancient Arms languished until undistinguished new Arms were substituted in 1868. Resistance to the new Arms grew, however. While ceremonies in 1921 marked the 300th anniversary of the province's Royal Charter, historians and scholars meeting in Annapolis Royal successfully petitioned the provincial government to seek restoration of the ancient Arms of Nova Scotia.