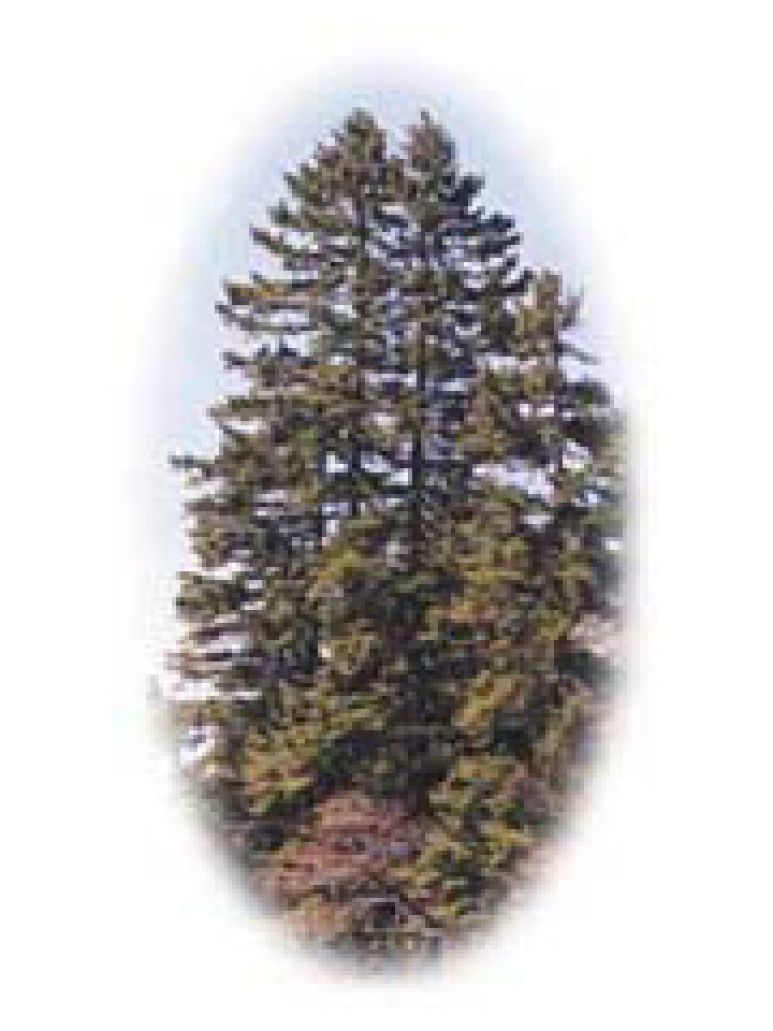 The Red Spruce, like its native province, has many remarkable traits. It can thrive in a variety of places, from bogs to rocky shallow soils. In favourable sites it can exceed 30 metres (100 feet) in height, though its average is 25 metres (80 feet). Unlike most conifers, it can survive for decades in deep shade and rebound after the forest has been thinned to thrive for one or two more centuries. It does not cast seed or regenerate naturally for at least 75 to 100 years, though it can live as long as 400 years. It is the number one sawn lumber product of the province, and second in pulpwood.

The magnificent Red Spruce has always played an important part in Nova Scotia's history. In the early days of shipbuilding when white pine was scarce, our craftsmen turned to the Red Spruce. When pioneers were fighting off scurvy, the new twigs of the Red Spruce steeped and fermented in water provided the cure. Today, it is a mainstay of our economy and a proud symbol for all Nova Scotians. The Red Spruce represents the strength and versatility of the people of Nova Scotia. It was declared the Provincial Tree in 1988 by an Act of the House of Assembly.