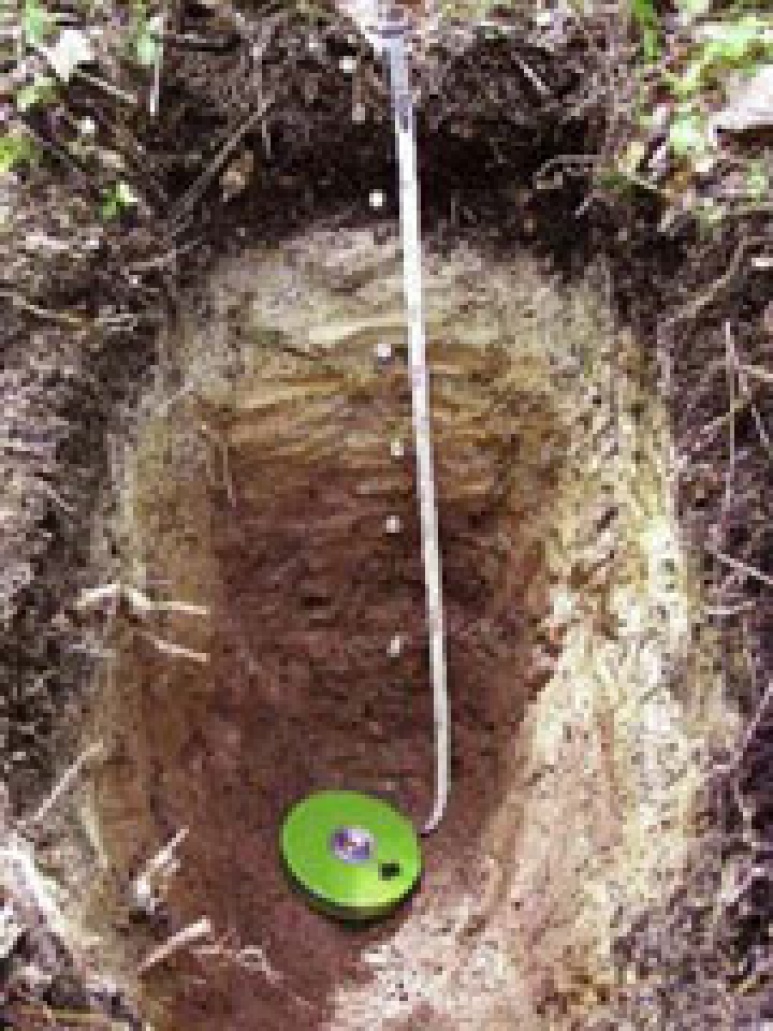 Queens Soil develops from reddish brown, clay loam tills originating from red
shale and sandstone. This soil can be found along many of our major river
valleys, including the rolling hills along the Shubenacadie River. In a province
where many of the soils are sandy and impoverished, the Queens Soil Series
stands out for its productiveness and wide range of resource uses.
Much of the provinces 300,000 hectares of Queens soil is cultivated to forage
crops that support the dairy and cattle industries. It is highly productive when properly
managed. Its impermeable nature slows water drainage, which aids plant growth during
dry periods. Forests on this soil are usually well stocked with red spruce, hemlock, sugar
maple, and yellow birch.
The Queens Soil Series was recognized as a provincial symbol in May 2008.