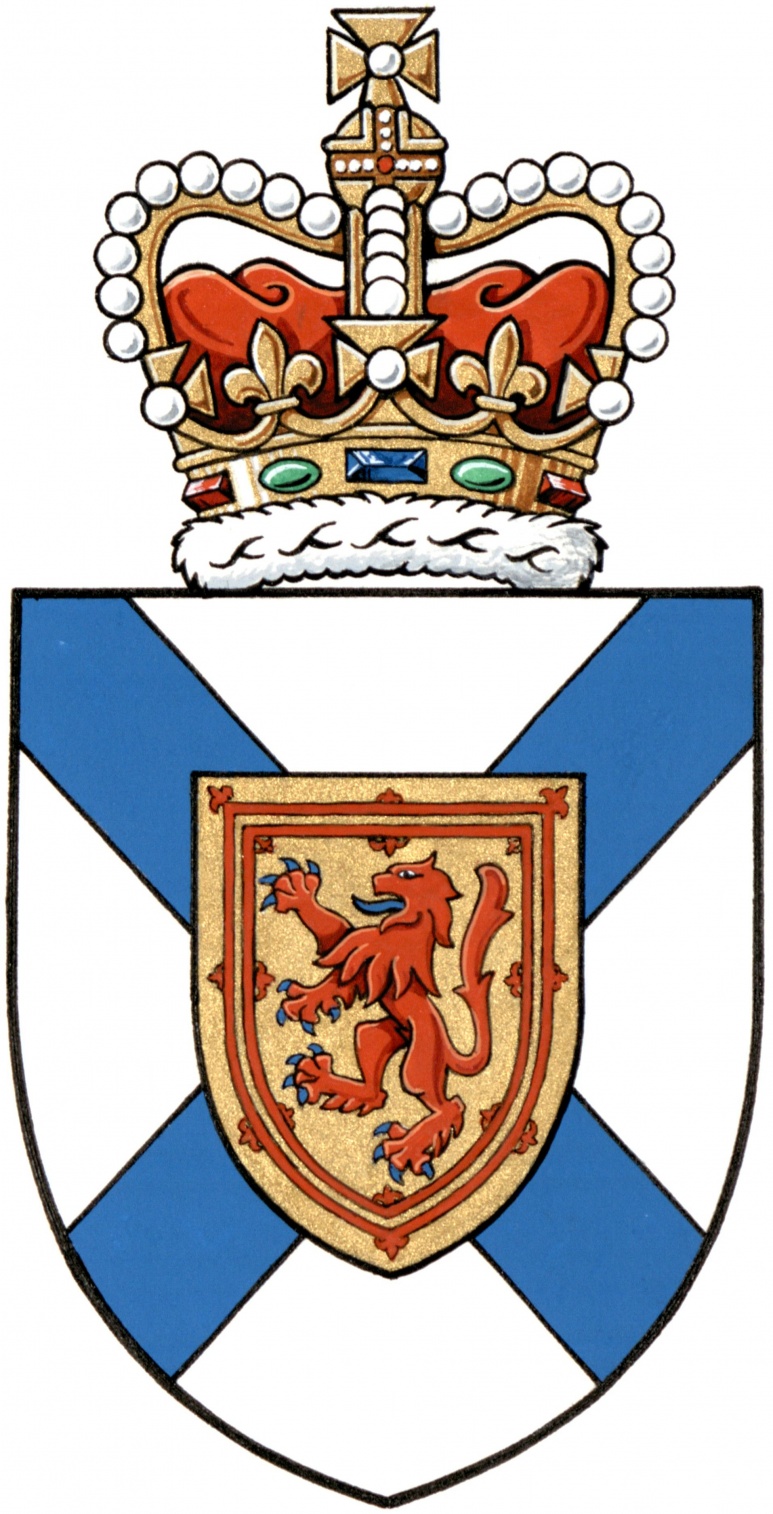 The House of Assembly Crest

This crest is derived from the Shield of Arms for the province with the addition of the Royal Crown, a simplified representation of St. Edward's Crown used at coronations, placed at the top of the shield. This crown, which appears in many items of contemporary use throughout Great Britain and the Commonwealth, was chosen by Her Majesty, Queen Elizabeth II as part of the Royal insignia.