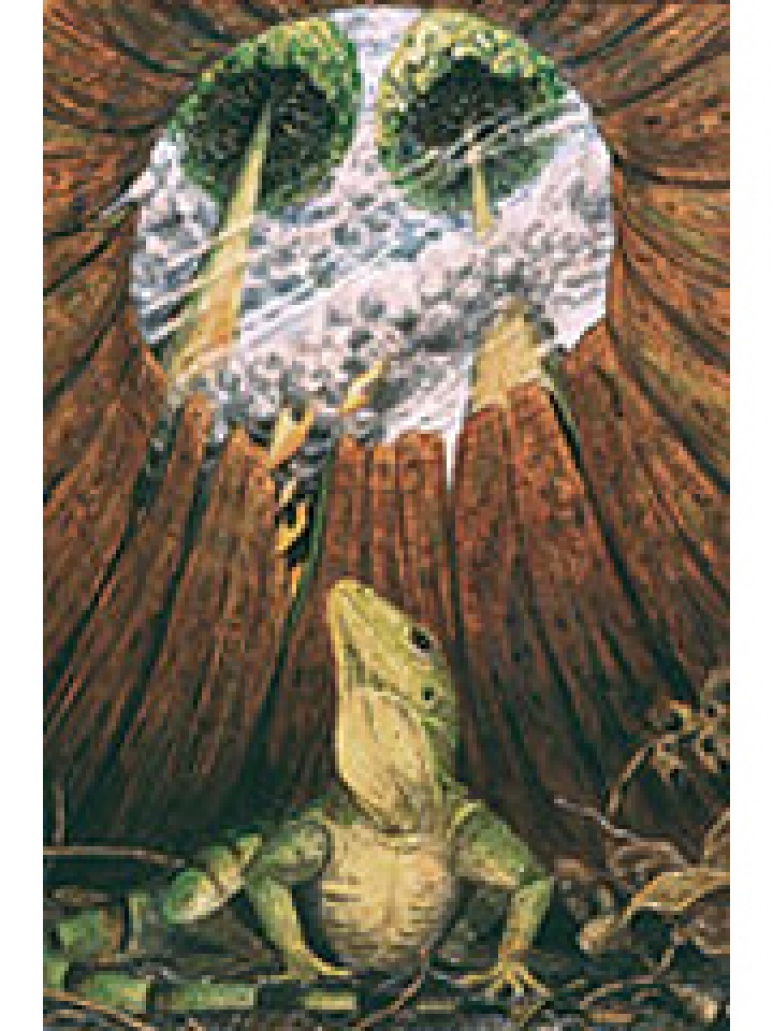 Nova Scotia's provincial fossil, Hylonomus lyelli, is the oldest known reptile in the world. Dating back 315 million years, it is the ancestor of subsequent reptiles, including dinosaurs and, much later, mammals. The fossilized bones of Hylonomus lyelli have been found in the fossil remains of hollowed-out tree stumps at the famous fossil cliffs of Joggins, NS.

Nova Scotia-born geologist Sir William Dawson first discovered Hylonomus lyelli in the mid-1800s. The name Hylonomus derives from a combination of the Greek word for 'wood' and the Latin word for 'mouse'. Lyelli is in honour of Dawson's mentor, Sir Charles Lyell, British author of the Principles of Geology and one of the most influential geologists of the 19th century.

Hylonomus lyelli looked very similar to modern lizards. It had a very slender body and reached 20 centimetres in length, including the tail. Hylonomus lyelli was an insectivore and used its small, sharp teeth to feed on millipedes and insects.

Hylonomus lyelli was declared the Provincial Fossil of Nova Scotia in 2002 by an Act of the House of Assembly.