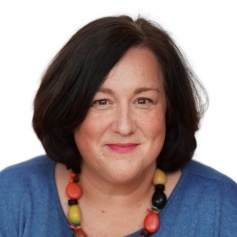 Former journalist and long-time community development advocate, Susan Corkum-Greek was first elected to the Nova Scotia House of Assembly as MLA for Lunenburg in 2021. She serves as Minister of Economic Development and also sits on the Treasury and Policy Board.

A graduate of the University of King’s College, Halifax, Corkum-Greek spent nearly two decades in community journalism. She credits those years for igniting her passion for community economic development, which she has pursued full time since 2002.

Corkum-Greek’s professional experience spans a number of industries from tourism and culture to small manufacturing, and includes both volunteer and paid work in the Chamber of Commerce movement. She was a founding member of the Lunenburg Waterfront Association, formed to protect and revitalize the seaport’s working waterfront. She also played a foundational role in the development of LAMP (Lunenburg Academy of Music Performance), an elite finishing school for performing artists that helped transform a longtime public school and National Historic Site into a vibrant community and cultural hub.

Corkum-Greek lives in Bayport with her husband Jody, a professional mariner, and two children.

Information not yet available/Renseignements à venir.