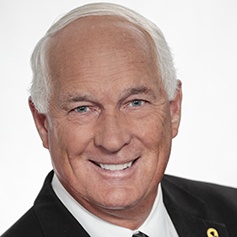 He is a former teacher, principal and school administrator.