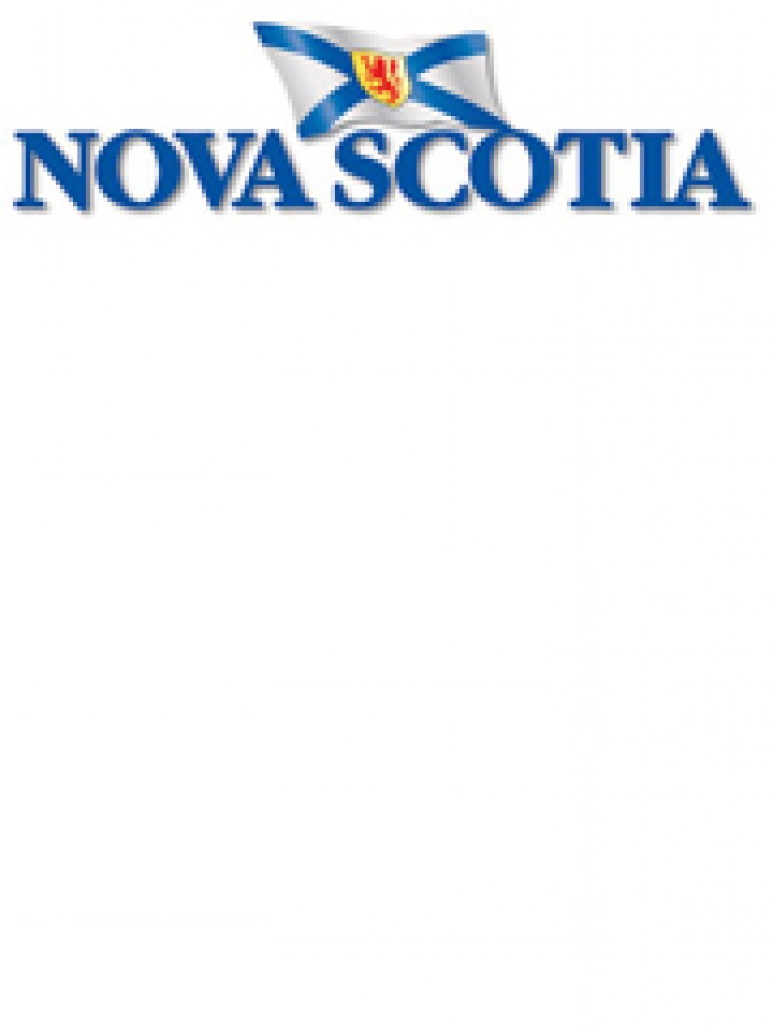 In 1996 the Government of Nova Scotia adopted the flag symbol as the centerpiece of the new provincial Visual Identity Program. Its heritage lies in the flag of the province. Graphic modifications were made in 2002 to update and simplify the mark and to make it unique.

This symbol is now used by Nova Scotia government departments and the majority of agencies and commissions for stationery, advertising, signage, publications, the Internet, multimedia presentations, exhibits and displays as the consistent visual form by which the province identifies itself both within government and to the public.

Use of the Armorial achievement (coat of arms) is retained for the Premier, royal commissions, ministers, the judiciary, Cabinet committees and use in legislative printing.