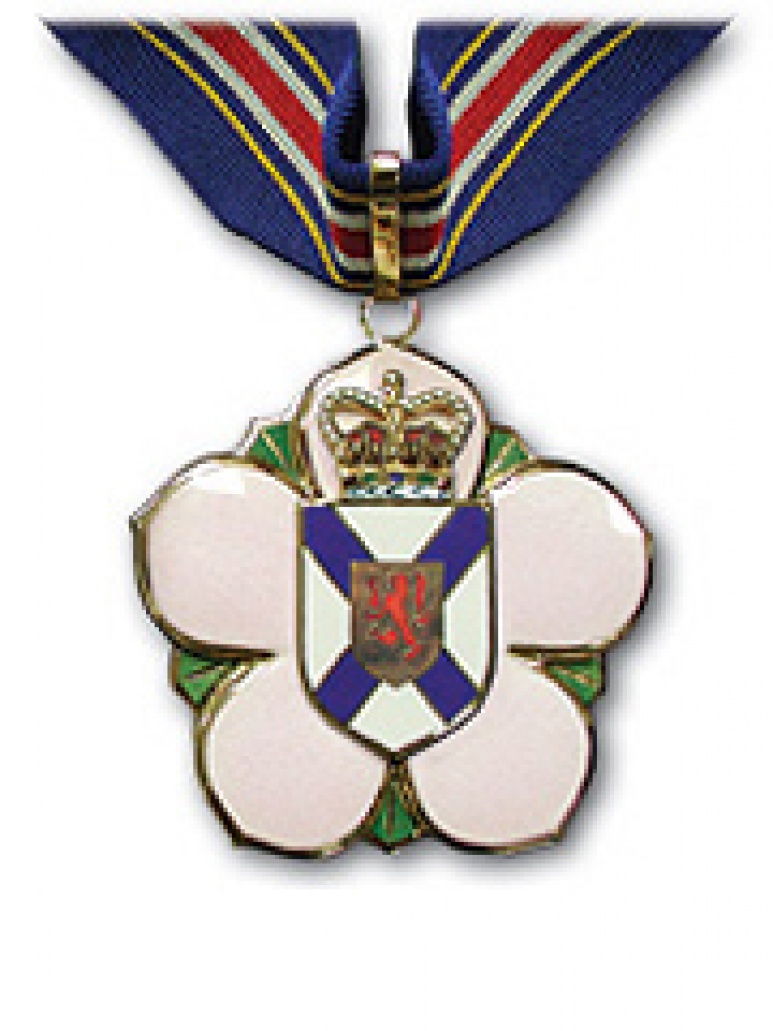 The medal is in the form of the five-petalled mayflower, which has been a patriotic symbol for Nova Scotia as far back as 1820. At the heart of the flower is the Shield of Arms for Nova Scotia, which were granted in 1625. They bring together elements from both the royal and national arms of Scotland. The shield is surmounted by St. Edward's crown, which was chosen by Queen Elizabeth II as part of the royal insignia.