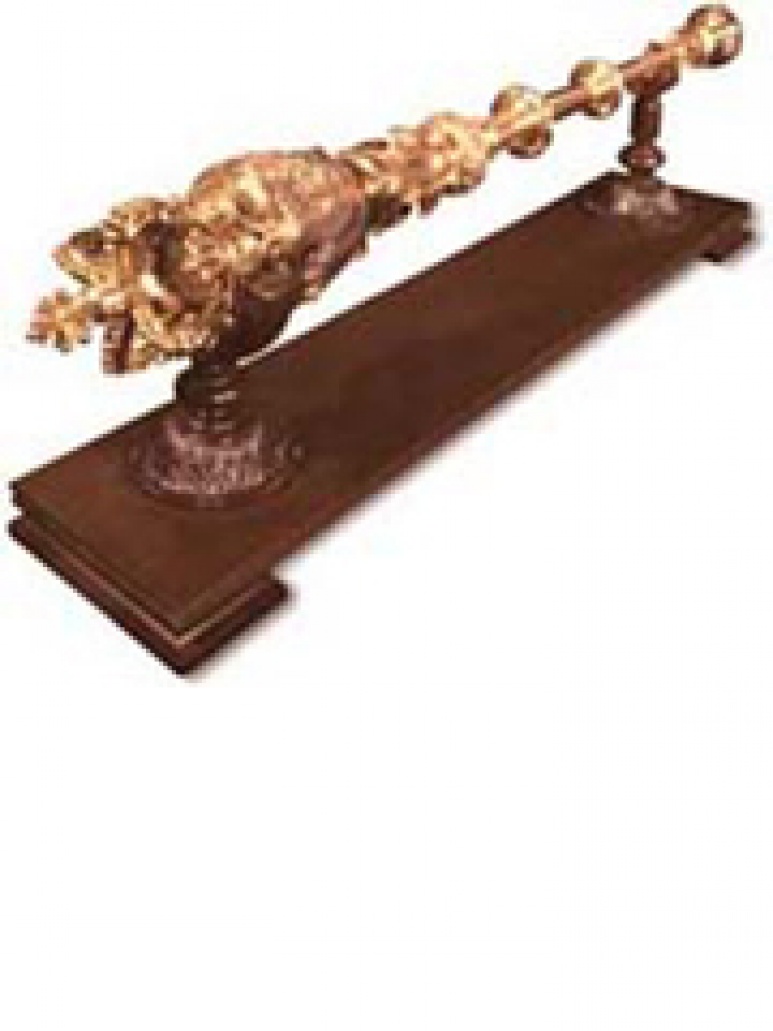 The mace is the elegant and ancient symbol of the Royal Authority, delegated in Nova Scotia to the House of Assembly. Originally a battle weapon, carried by the royal bodyguard when medieval English kings conducted their own assemblies, the mace became emblematic of the transfer of power to the English Parliament. As the Speaker became responsible to the House rather than the King, the power of the Crown was represented in the ceremonial mace. When the Nova Scotia Assembly is in session, the mace is the Speaker's authority to conduct the business of the House, and is always in the care of the Sergeant-at-Arms.

The present mace was a gift to the House of Assembly, in 1930, from the Chief Justice of Nova Scotia, the Honourable Robert E. Harris and Mrs. Harris. It is silver gilt and 1.2 metres (four feet) tall. Depicted in the glittering surfaces of the mace are the Royal Crown, the Armorial Achievement of Nova Scotia, the Great Seal of the Province, and the floral emblem of Nova Scotia, the mayflower.