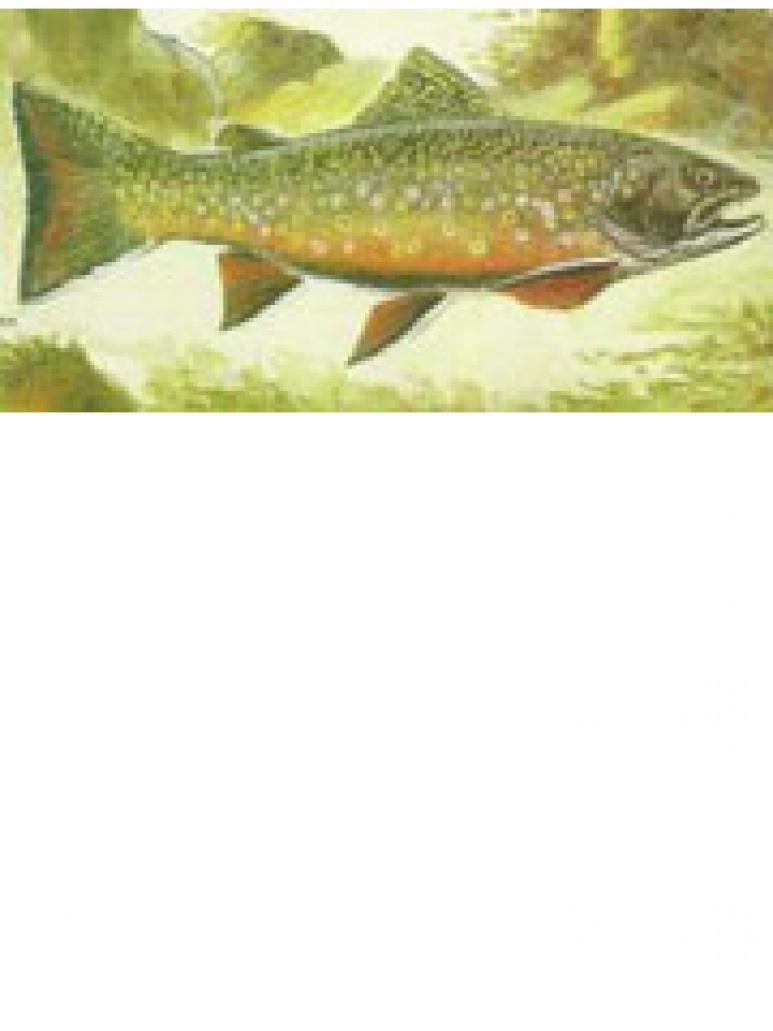 The most popular sportfish in the province, the brook or speckled trout goes by the scientific name Salvelinus fontinalis. Considered by many to be the most beautiful of our freshwater fishes, it is dark green to brown in colour with a distinctive sprinkling of red dots, surrounded by blue haloes, along the flanks. Although it is called a trout, it is really a member of the char family and is closely related to arctic char.

Found throughout the province from Yarmouth to Cape Breton, brook trout in Nova Scotia generally spawn in October and November in shallow riffle areas of streams. Young trout hatch early in the spring and emerge from the gravel to begin eating aquatic insects. Brook trout grow quickly, and after one year they can be from 5 to 10 cm long. Later growth is often dependent on habitat and life history. Brook trout that spend some of their lives in saltwater can reach 2 kg; while those that spend all their lives in freshwater lakes and streams rarely exceed 500 g. The largest brook trout recorded from Nova Scotia was a sea-run fish caught in Halifax County in 1871 that weighed 3.4 kg and was 60 cm long.

The brook trout was declared the Provincial Fish of Nova Scotia on November 23, 2006, by an act of the House of Assembly.