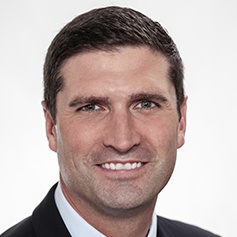 The Honourable Geoff MacLellan is a ten-year veteran of the Nova Scotia Legislature, representing the constituency of Glace Bay. He was first elected in a June 2010 by-election and served as economic development critic for the official opposition from 2010-2013. He was re-elected in 2013 and entered the Executive Council of Nova Scotia as the Minister of Transportation and Infrastructure Renewal.

In 2017, he was re-elected for a third time and returned to the provincial Cabinet, serving as Minister of Energy, Minister of Service Nova Scotia, Minister of Business and Minister of Trade. He is the Government House Leader and sits on the Treasury and Policy Board.

Prior to his career in elected politics, Geoff served as the Executive Assistant to the Member of Parliament Rodger Cuzner on Parliament Hill. He spent time in business development at the Maritime Environmental Training Institute, represented Cape Breton University as a program manager in Cairo, Egypt, and worked as a teacher/administrator at CBU’s Shannon School of Business.