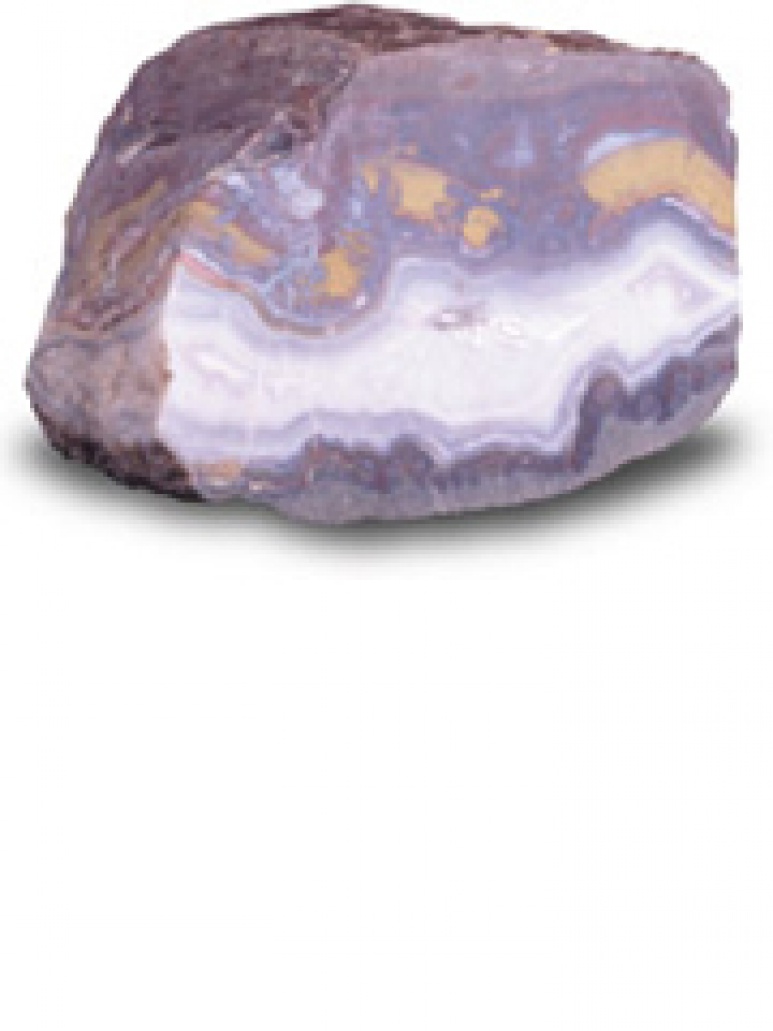 Agate is a variegated and banded form of quartz, usually found in concentric bands with a beautiful translucency. It is used for jewellery and for viewing as a "collectible." White and grey are common colours for agate, but blue and other colours may be found. Moss and banded agate are very delicate and beautiful.

All of the varied forms of agate are common in the dark-coloured basalt flows of the Jurassic age. These basalts form the spectacular hills around the Bay of Fundy and represent rock units deposited during the time of the dinosaurs in Nova Scotia. Agate is the birthstone for May, the month in which Nova Scotia's provincial flower, the mayflower, first blooms. On November 23, 1999, agate was declared the Provincial Gemstone of Nova Scotia by an Act of the House of Assembly.